The Met Gala is one of the biggest and glamorous occasion of the year which normally holds during this time every year, and many celebrities honour it not only to contribute to the fund raising but also to flaunt their most dashing attire as they walk the red carpet with smiles and waves while paparazzi’s do what they know best, and we the audience stay in from of our tv screen wishing to be in their shoes.

This years Met Gala was quite a fascinating one and no doubt very religious, as themed “ Heavenly Bodies” which took the reference name from the Catholic image merging it with the fashion imagination bringing together many celebrities of different professions like music, art, fashion, film and models to raise funds for the Fashion Institute.

In this article we`re going to classify the top 10 most religious dressed celebrity the Met Gala, and Rihanna a.k.a bad girl is the first on our list who came out dressed in as the Bishop of Rome the Head of the Catholic Church, she really dressed to impress and also to subdue every rejection towards the merging of Religion & Fashion, as we already know her as the out-of- the- box kind of person always breaking limits in fashion, honestly we like her holy look. Jeniffer Lopez is the second on our list she arrived in her custom made Balmain gown, JLo looked “Fresh like she just came Out the Oven” and we are so “Into you like yeah yeah”. The details on the dress is really creative and breath taking starting from the conspicuous huge cross in front of the dress making it look like a 2-in-1 tube and turtle neck kinda dress, the embroidery is perfect and the tassels dance above her legs as she walk the red carpet. Sincerament Mami estas muy hermosa!

Another slim, young personality that caught out attention was Zendaya, she walked into the Metropolitan Museum of Arts Costume Institute like a real Knight, for real she didn’t come to play. The gown was made by Law Roach and his inspiration came from honouring the Maid of Orlèans who is considered a French hero because she played an important role during the Lancastrian phase of the Hundred years War. She’s a catholic symbol, Joan the Arc is not only a hero but also canonised a Saint. The young model Zendaya looked stunning in this outfit and bold like a true hero. 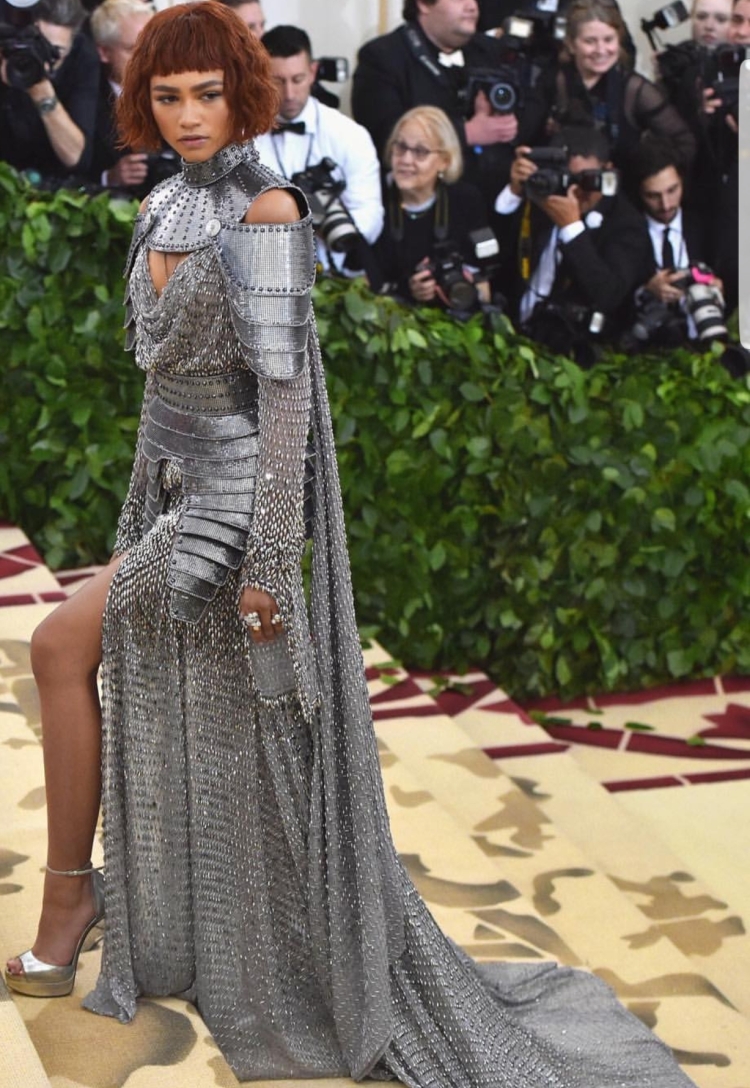 Katy Perry is the fourth on our list she looked angelic in her Versace dress, we almost thought it was an angel in human skin, looking so young and innocent. Her makeup, blonde hair, gold dress and white angel wings made her look absolutely different and religious. She walked the red carpet like an authentic angel and as she stated in her Gram; Though I walk through the valley of the shadow of death.

Next on our list is the beauty Kim Kardashian West wife to the current controversial musician/designer Kanye West who ran his slippery mouth about Slavery; Slavery is a choice. What, did we hear him say that? Anyways let me not divert my thoughts now, I will just rewind it back to beauty Kim Kardashian West. Ah!! before I forget have you all seen her latest fragrance? Hmm it smells like sweet fire, I’m sure she must have worn it to the Met Gala to put the place on fire, we love Kim because she is devoted to her career and she has finally created a fashion personality for herself where everyone now regard her as a real celebrity. She is a fashion icon and every young lady wants to wear her style thanks to her for pushing her husbands brand Yeezy.

Kim wore a long golden gown made by Donatella Versace, the gown accentuates her cleavage and her body shape, lets be honest Kim Kardashian is really beautiful and hot, we love your style Kim.

The latest preggy in the music industry Cardi B looks gorgeous in a baby bump, her dress was everything and the colour of the dress went with her current status, we are glad she went for a soft and friendly colour for an outfit, her beautiful dress was customised by Jeremy Scott who accompanied her as a pairing match. She mentioned in an interview the inspiration behind her dress is simply because she is catholic and she wanted to look catholic.

Madonna Queen of pop is the sixth on our list she was a guest and also a performing artist at the Met Gala, she performed the song “Like a prayer” dressed like a catholic monk and finally changed into a white transparent dress with a corset as she walked down the stairs/stage. She arrived at the Met gala in a black widow mourning dress with a veil on her face and a crown on her head looking like a Queen mother. She was styled by Jean Paul Gaultier who also accompanied her as a couple in a matching black mourning suit almost looking like a reverend father. 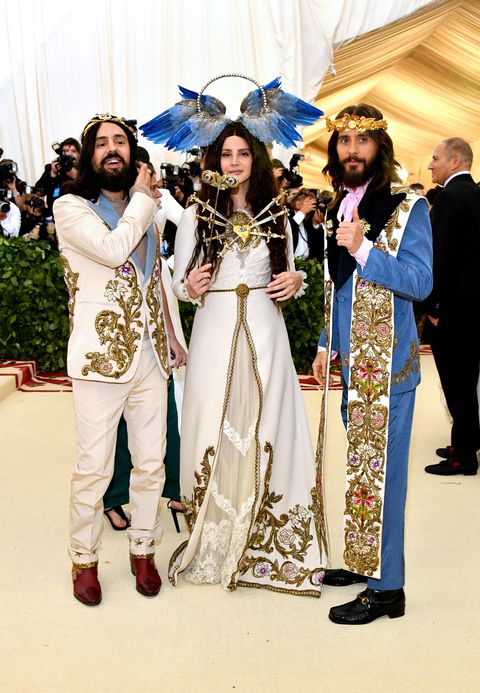 Sarah Jessica Parker is the ninth on our list who dress as a one of the Spanish Virgin and Patron Saint, we truly think her costume is very religious and catholic like and she looked stunning on it.

The last and not the least on our list is Qauvo, Offset and Takeoff of Migos we like their style and all the blink blink. 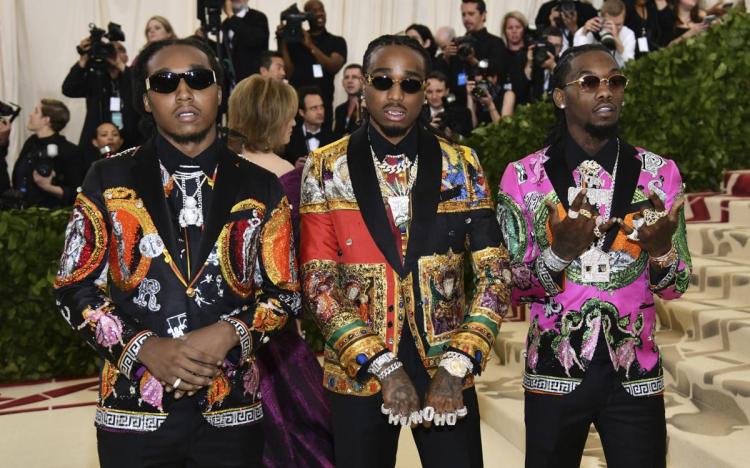 Here are what other blogs saying about the Met Gala 2018

Celebrities Prepping for the Met Gala

The Best Instagrams From The 2018 Met Gala

I don’t own any right to this pictures they are just for this article possible only.